An Amber Alert was issued for 14 year old Stevie Johnson out of Glenn Heights on Monday night.

The incident happened around 7pm, on the 800 block of Cascade Drive in Glenn Heights, when Stevie was abducted from a school bus stop.

She is described as being 5ft tall, weighing 120lbs with brown hair and brown eyes.

She was last seen wearing a gray jacket, blue jeans and Air Force One shoes. 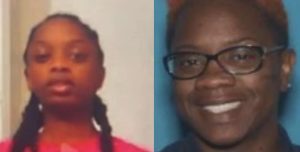 Authorities have identified the suspect as the victims mother, Shawnice Hickman,33.

She’s described as a black female with black hair and brown eyes, about 5’7 in height and weighing around 190lbs.

She may be driving a black 2017 GMC Terrain with Missouri license plate number CT0D6R.

Hickman does not have custodial rights to Stevie Johnson.

Authorities believe the two may be headed to Missouri.