Close to $1 billion worth of meth was seized after being discovered in coconut water cartons, headed for Australia, border officials have stated.

Reports indicate that the water shipment had 1.9 tons of liquid meth, which was found on October 23.

The drugs were said to be at a wholesale value of $345 million dollars, but the street value was $1.03 billion.

The amount that was seized was said to be “record-breaking,” but the exact amount of the record that was broken wasn’t disclosed.

Documents show that agents from Australia, that were in Mexico, found the shipment that was going to go from Mexico to New South Wales through Hong Kong.

About $471 million in public expenses was saved in managing drug-related harm, crime, healthcare, and loss of productivity because the seizure. 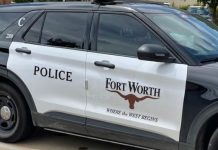