Three men have are facing criminal charges after a 1 year old was shot in the head during an attempted carjacking last week.

According to witnesses in the car they were pulled over in the vehicle looking at directions when 3 men approached the car.

The suspects had a weapon and demanded the victims to get out of the vehicle. The driver then sped away from the scene.

The suspects opened fire at the vehicle striking a 1 year old in the head. 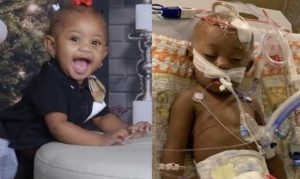 The child was transported to an area hospital in critical but stable condition.

After speaking with the victims and reviewing surveillance footage officers were able to identify the suspects.

Surveillance footage showed the suspects leaving and returning from Hyde Park Village in the 4000 block of Pleasant Street before and after the shooting.

One of the suspects were also shot but the identity has not been released. It is believed to be Cannon.