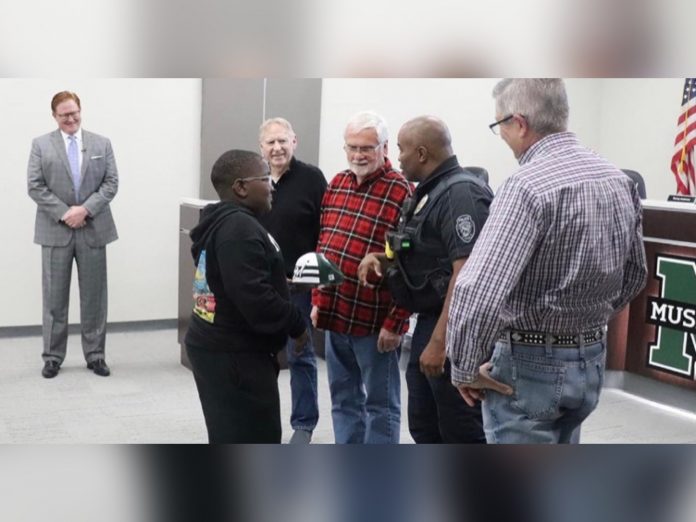 An Oklahoma sixth grader was honored by law enforcement and school officials after he saved two lives in one day.

Davyon Johnson,11 was named an honorary police officer, honorary sheriff’s deputy and a hero all in one day.

On December 9 Johnson saved a classmate that was choking on a water bottle cap by performing the Heimlich maneuver.

Then later that evening he helped save a woman from a burning home.

On Tuesday, Mayor Marlon J. Coleman of Muskogee, Oklahoma, awarded him the key to the city.