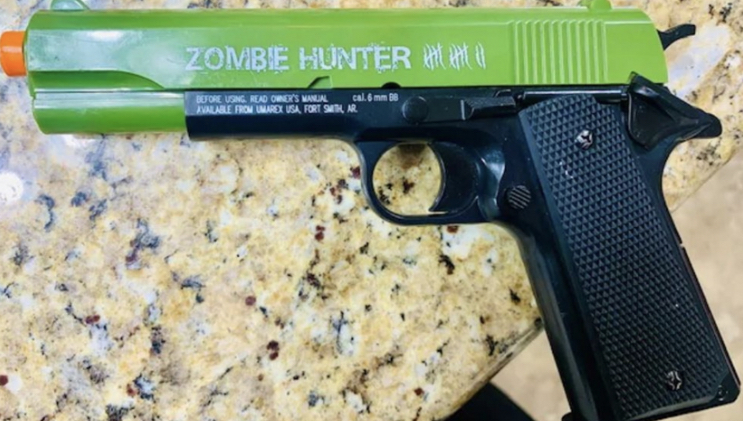 A 12 year old Colorado student was suspended for five days after displaying a toy gun across his computer screen during an online class.
The incident happened on August 27 during art class at Grand Mountain School when Isiah Elliott,12 flashed a gun across the screen.
The mother Danielle Elliott received an email from the teacher saying that her son Isaiah had trouble paying attention during the lesson that he was waving around what appeared to be a toy gun.
The teacher notified the school resource officer who then contacted the mother and went to the boys home to perform a welfare check.
The gun was neon green and black with an orange tip featuring the words on the handle “Zombie Hunter.”
Although Isiah’s suspension has been lifted the parents say they have no intentions on sending him back to the school.