A 14-year-old boy from Racine, Wisconsin, has been charged as an adult with attempted first-degree intentional homicide after court documents note that he shot his 14-year-old girlfriend.

At about 11:40 a.m., on Sunday, police answered to a call regarding a girl that had been shot. The victim was transported to a medical facility and later airlifted to Milwaukee. She is still hospitalized and has been identified as Jazlene Jones. 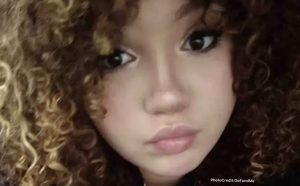 Jones told authorities that she told her 14-year-old boyfriend that she wanted to break up with him. He then shot her three times in the head. One of the bullets went in through her eye and was stuck in her neck.

Jones’ boyfriend confessed to shooting her in what he said was a “fit of rage.” He supposedly shot her because of a Snapchat post and the breakup.

The suspect was still in custody on Tuesday on a $500,000 bond. If he is found guilty, he could receive up to 60 years in prison.