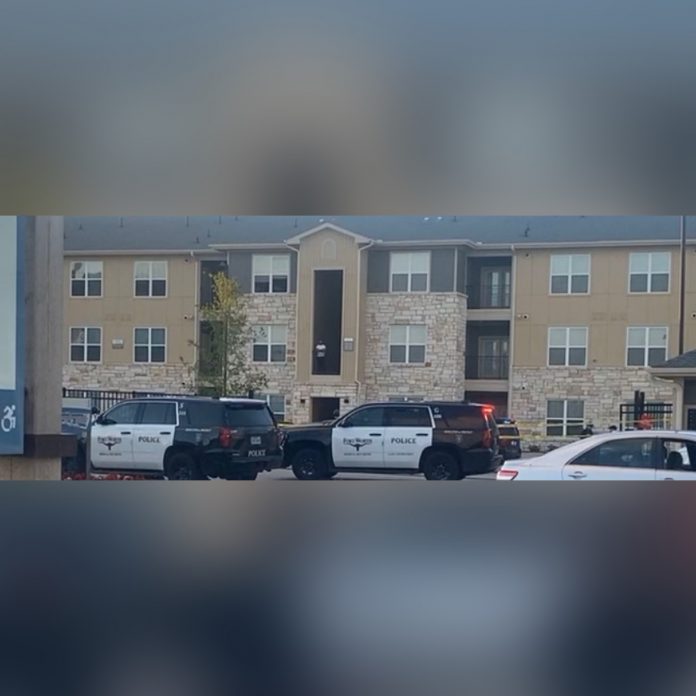 A 14 year old boy was fatally shot outside a Fort Worth apartment complex Tuesday night.
Officers responded to a shooting call at the Patriot Pointe apartments located on the 2100 block of SE Loop 820.
Upon arrival they found David Barrera,14 lying on the ground in the parking lot suffering from a gunshot wound.
When emergency crews arrived Barrera was pronounced dead at the scene.
Investigators believe the teen met with one or more of the suspects around 7pm.
During that time some sort of altercation took place and Barrera was left shot and his killer or killers fled the scene before officers could arrive.
Officers have no suspects at this time and limited information due to the fact the victim was a child.
Officer Buddy Calzada said in a statement that this case will be treated as a robbery/ homicide.
The investigation remains ongoing.