A 15-year-old girl was killed after a shootout between deputies and a fugitive murder suspect took place in California.

On September 26, 45-year-old Anthony John Graziano shot and killed his wife near an elementary school. He was believed to be with his daughter 15-year-old Savannah at the time. 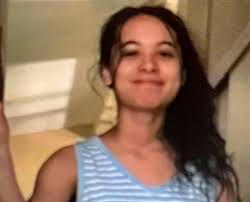 “The man just came down the street shooting. He started shooting in that direction,” Andy Davis, a local resident told reporters. “Hit those trees, houses across the street. They say the bullets were skipping off the street, and the woman was trying to run for her life, and unfortunately, she was hit. Once she was hit, I guess he shot at her a few more times.”

Soon after the killing an Amber was issued for the teenager. Graziano was described as armed and dangerous and in a white 2017 Nissan Frontier with California plates.

The next day police received a call about a vehicle matching the description traveling southbound on the freeway in Barstow.

Deputies caught up with the vehicle at the Main Street exit in Hesperia. There were shots fired out of the rear window. Gunfire began being exchanged between the suspect and deputies.

The vehicle became disabled, and the gunfire continued.

The teenager exited the truck’s passenger side wearing tactical gear and ran toward the sheriff’s deputies, according to San Bernardino County Sheriff Shannon Dicus. The deputies did not initially realize it was the girl who was running toward them because she was wearing a helmet and a military-style vest that can hold armored plates, Dicus said.

The teenager was immediately taken to the hospital where she was pronounced dead.

Graziano died at the scene.