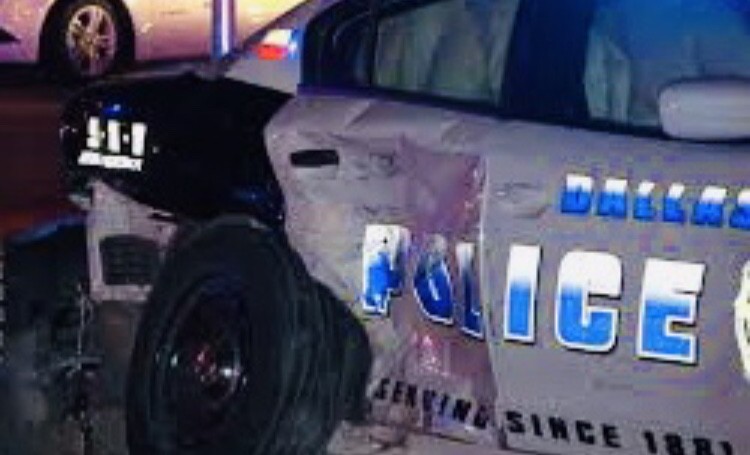 Dallas police arrested a 17 year male for a DWI after he crashed into a squad car late Wednesday night.

According to reports the officer was driving northbound on Harry Hines Blvd about to make a left turn on Willowbrook Road when the suspect ran a red light and struck his vehicle.
The officer was transported to a nearby hospital and treated for minor injuries.

The suspect was given a field sobriety test and arrested on the scene for DWI.
The suspects name has not been released at this time.