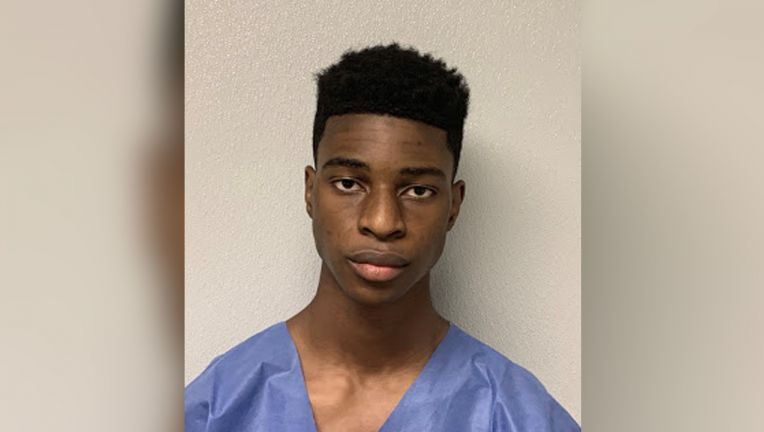 A 17 year old Maryland teen has been arrested and charged with the murder of his father and then dragging his body to a wooded area.

According to reports Barba Koroma Jr.,17 was riding with his father Friday when they got into an argument and he pulled out a knife and stabbed his father Barba Koroma,62.
Koroma’s father crashed out near the 3300 block of Northview Dr near a park and he got out the car and dragged him into a wooded area and left.
When officers arrived on the scene they saw Koroma Jr walking out of the woods and stopped him for questioning.

He was transported to a nearby hospital for minor cuts and injuries.
Paramedics arrived and tried to save Koroma’s father but he was pronounced dead at the scene.
Koroma Jr later admitted to officers that he stabbed his father and dragged him to the woods.
He has since been charged as an adult with first and second degree murder and given no bond.