A Missouri Woman was pulled over and taken to jail with a loaded Kimber .380 caliber found in her vagina.
Anika Witt, 27 was arrested on Interstate 55 when officers pulled her car over for speeding. Witt was in the vehicle with Clinton McDonald,29.
Once police searched the vehicle they found heroin in Witt’s bra and ecstasy in the car. When they got to the jail they performed a routine cavity search and located a Kimber .380 caliber in Witt’s vagina.
Authorities recovered the weapon and discovered that the gun still had one bullet in the chamber. Witt and McDonald were both booked into the McLean County Jail where she plead guilty to possession of a weapon by a felon and unlawful possession of a controlled substance.
Witt also agreed to testify in court against McDonald for lesser charges.
McDonald was charged with intent to deliver drugs and unlawful possession of ecstasy. 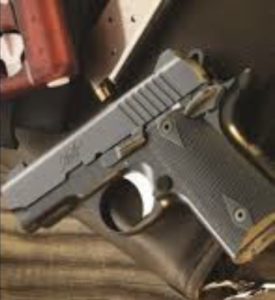 Their court date has been set for June 27.