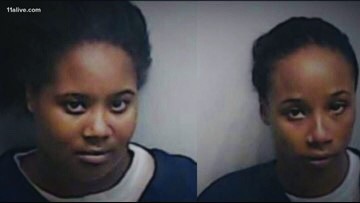 
Two women are set to begin trial in January after beating a 3 year old boy to death for eating a cupcake.

According to police reports two sisters Glenndria Morris and LaShirley Morris are being charged with felony murder, aggravated assault and first degree cruelty to a child after they repeatedly beat Kejuan Morris,3 to death.
Authorities arrived at the Atlanta home on Cleveland Avenue back in October 2017 where they found Mason unresponsive and severely beaten. Morris was the boys guardian and originally told authorities that the boy choked on a cupcake.

Paramedics tried cpr on the boy before transporting him to a nearby hospital doctors later discovered bruising all over his body.
Mason died a couple days later due to his injuries. Medical examiners determiend the cause of death was blunt force trauma.

Both sisters were later arrested and admitted to beating the boy with a baseball bat and spanking him repeatedly for taking the cupcake.
Their trial is set to begin January 3,2019.