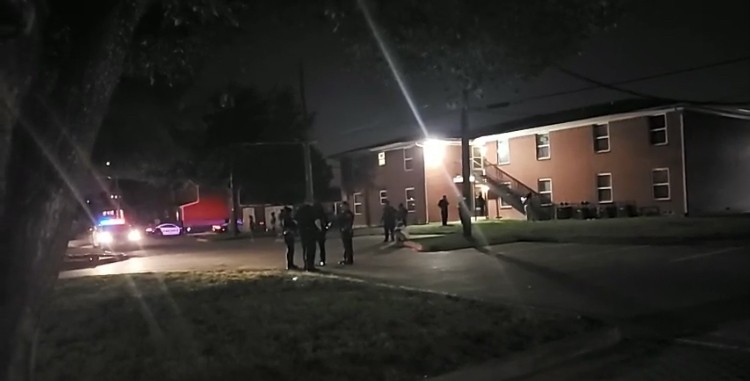 According to Dallas Police a suv pulled into Eban Village Apartments in South Dallas and opened fire before speeding off.
Three people were injured in the crossfire and police don’t believe they were the intended targets.

Two people were transported to the hospital by emergency crews and another victim showed up to the hospital moments later.
The condition of the victims are unknown at the time.

Detectives are investigating the shooting but believe it is a retaliation shooting from a rival gang.