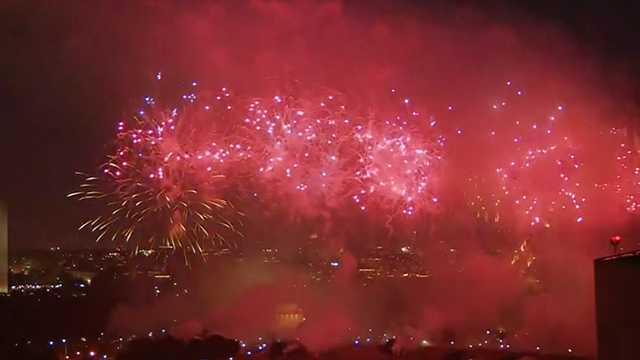 
A Dallas police officer was injured on 4th Of July after fireworks were shot at his squad car.

According to police they were near the 3500 block of E. Overton Rd at the Volara apartments Thursday night when someone from a group of people shot fireworks at the driver side of the car.
The fireworks shattered the driver side window of the vehicle and one of the two officers inside were injured.

Emergency crews treated the officer for minor cuts and scrapes.
No arrest were made.