A Georgia homeowner killed three masked teens early Monday morning after they tried to rob him in front of his residence.

According to reports two brothers Isiah Reed and Jaime Hernandez and another unidentified 16 year old boy approached three residents sitting in front of their home and tried to rob them. 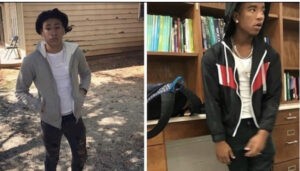 One of the teens pulled out a gun and began firing at the residents and then the resident returned fire striking all three teens.
One teen was pronounced dead at the scene and the other two were transported to a nearby hospital where they later died from their injuries.
No charges are expected to be filed against the resident at this time.