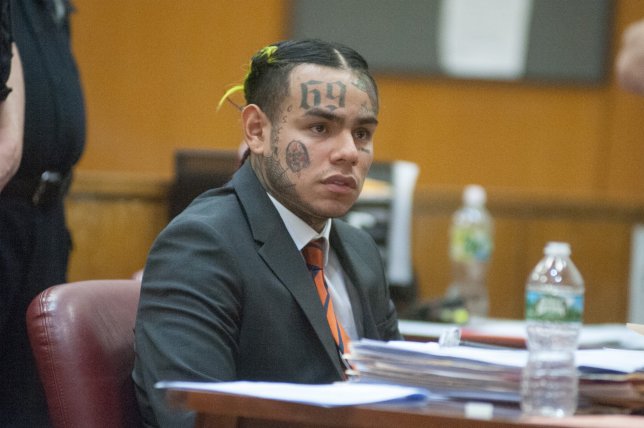 19, Tekashi stated rapper Jim Jones is a member of the Nine Trey Gangsta Bloods. Upon cross-examination, prosecutors provided an audio clip of a man saying, “Now he got to get violated”. Tekashi revealed the audio clip was Jim Jones and Jone was referring to Tekashi in his comment.
Tekashi mentioned Jim Jones as a “retired rapper” even though Jones recently released a project called “El Capo” in May of 2019. Jones also released information about Tekashi’s involvement with the federal government in a radio interview earlier this year, telling, “He did some actions that he can’t come back from, so his name non-mentionable,” according to XXL.
If that wasn’t enough, The New York Daily News, reported 6ix9ine testified female rapper, Cardi B, is a member of the infamous gang, Bloods.

Allegations rose that 6ix9ine tried to copy Cardi’s rise to fame and 6ix9ine denied those claims.
Succeeding 6ix9ines testimony, Atlantic Records denied claims that Cardi B is a member of Nine Trey. Later that evening, Cardi communicated through Twitter that she was associated with Brims, not Nine Trey. The tweet was deleted the same evening. Earlier this year, Cardi B released to GQ’s Caity Weaver “When I was 16 years old, I used to hang out with a lot of… Bloods. I used to pop off with my homies. And they’d say, ‘Yo, you really get it poppin’. You should come home. You should turn Blood.’ And I did. 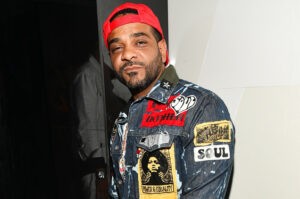 Yes, I did. And something that—it’s not like, oh, you leave. You don’t leave.”
September 19th, 2019 marks the end of 6ix9ines detailed testimony. When the rapper was examined directly by prosecutors, 6ix9ine admitted specific aspects of his involvement with the federal government, which required him to report the truth and testify in court if questioned. Without this involvement with the federal government, 6ix9ine was facing a maximum sentence of life in prison and a required minimum sentence of 47 years. Prosecutors were sure to note that there have been no guarantees made for his sentencing by the federal government and the result of the other cases with have no effect on 6ix9ines final sentence.
In the midst of the cross-examination, lawyers for the defense made attempts to paint 6ix9ine as an irresponsible troll, exploring questions such as “What does trolling mean to you?” and “Did you ever say, ‘I’m just a troll who knows how to rap’?”. When 6ix9ine didn’t answer in a quickly manner, the lawyer roared loudly, “Did you tell others to suck your body parts?”
“Yes,” 6ix9ine replied, in a lower tone.
“Which ones?”
“My dick.”
Another argument in the cross-examination arose when the defense tried to imply that 6ix9ine was dishonest about an alleged kidnapping and assault that Anthony “Harv” Ellison is charged with in July 2018.

The defense recovered lyrics from a song by 6ix9ine called “KIKA”- “I do my own stunts, Jackie Chan with it”- 6ix9ine release that he didn’t compose the song and those specific lyrics were sung by Tory Lanez, a featured artist on “KIKA”. The defense swiftly moved on to the next point.
September 19, 2019 concluded with testimony from Jorge Rivera, Tekashi 6ix9ine’s friend and former driver who accompanied him when the alleged kidnapping took place. 6ix9ine’s testimony has come to an end but the trial is far from over.