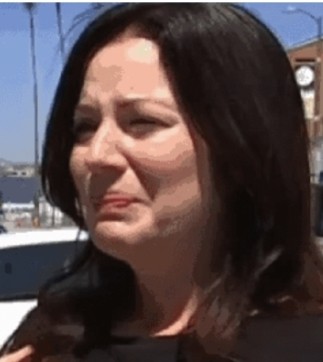 
A homeless man was arrested and then released after pouring hot feces all over a woman’s head.
Heidi Van Tassel says she went to eat with her boyfriend and a friend at a restaurant in Hollywood.
When they were leaving the restaurant she was walking to her car in the parking garage when she says the man approached her and began attacking her before dumping a bucket of hot feces over her head.
The woman says once he was finished he ran away and a couple from out of town contacted authorities.
When emergency crews arrived they had to remove Van Tassel’s clothing and hose her down before transporting her to Hollywood Presbyterian Hospital to get tested for infectious diseases.
The attacker was identified as Jere Blessings who was arrested and charged with battery but later found unfit to stand trial and released.
Van Tassel said the attack left her with really bad PTSD and she now has to get tested every 3 to 4 months for the next two years.