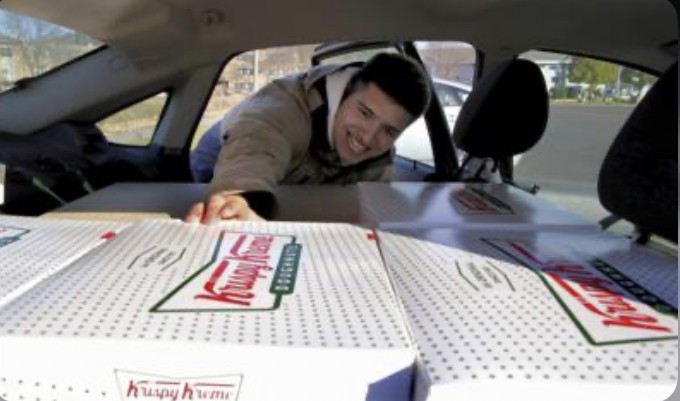 A young man driving over 250 miles to deliver Krispy Kreme doughnuts to starved Minnesotans has received a deal with the company.
Jayson Gonzalez,21 lives in Minnesota and attends Metropolitan State University where he is studying accounting.
He noticed a Krispy Kreme store in Clive Iowa one day while traveling to coach a soccer tournament and came up with an idea to go on FB marketplace and see if anyone wanted some Krispy Kreme doughnuts.
He said he got over 300 responses and created a FB page called Krispy Kreme Run Minnesota and started taking orders.
Gonzalez said he created the page so he could communicate with followers and let them know the quantity and pick up locations.
He said he would start his four hour journey around 2am on a Saturday and purchase 100 boxes and resell them for $17 to $20 depending on the variety.
Then on his way back he would notify his followers of the pickup location and time.
Gonzalez made about 19 trips before he had to shut his operation down and inform his followers he could no longer supply them with doughnuts.
After an outpouring of support Krispy Kreme decides to reach out to Jayson Gonzalez and allow him to be an independent operator for their company.
They also said they were going to help him achieve his goals, which include being debt free when he graduates in 2021.
They also are going to donate 500 dozen boxes of doughnuts to his business when he decides to reopen.