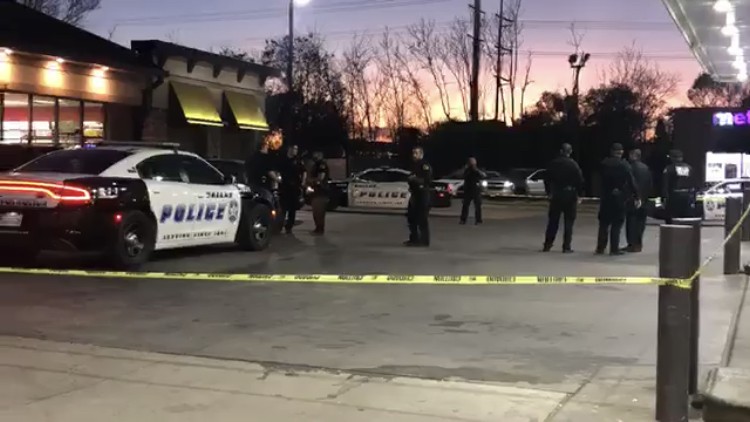 A shooting at a Dallas Racetrac left one man dead Tuesday night.
Officers responded to a shooting call on the 8100 block of Forest Lane and when officers arrived they found a 43 year old man suffering from a gunshot wound.
He was transported to a nearby hospital where he later died.
Sources say two black males fled the scene after the shooting and jumped on a DART train.
Authorities arrested one suspect and another suspect still remains at large.