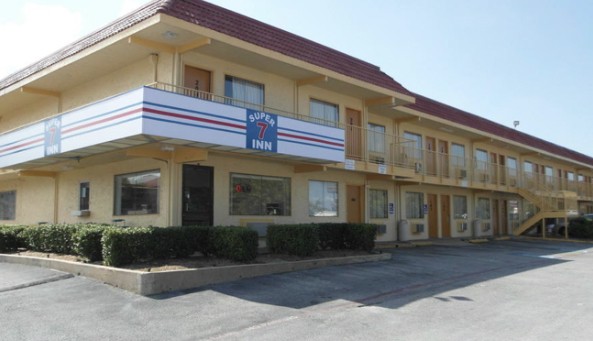 
A 46 year old man was found fatally shot to death inside a Dallas Super 7 Inn Tuesday night.
Officers responded to a shooting call on the 4200 block of Independence Dr and when they arrived they found Anthony Burks,46 suffering from a gunshot wound.
He was transported to a nearby hospital where he later died from his injuries.
Police say two men were seen fleeing the scene and are considered suspects in the case.
This shooting is under investigation.