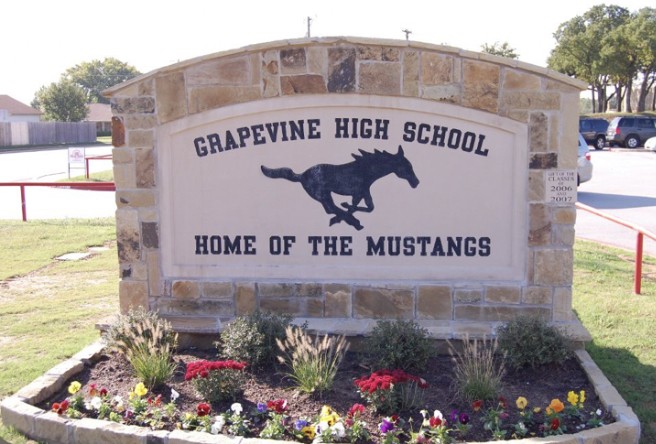 
Grapevine High School went on lockdown Friday afternoon and four individuals were taken into custody after a picture was posted to snapchat of a student with a gun in his waist inside the cafeteria.
The school was placed on lockdown and officers were called out around 1:15 and after thorough investigation a loaded pistol was found inside a students backpack.
Four people were taken into custody, two 17 year old boys and one juvenile girl and juvenile boy.
They are facing charges including terroristic threats, criminal trespass, possession of a firearm on school grounds and possession of marijuana.
The life was raised around 2:40 and students were dismissed from school early.