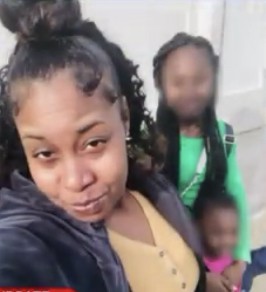 
A Memphis mother of eight was gunned down outside of her suv and in front of her two young children Wednesday afternoon in Parkway Village.
According to reports officers responded to the 5000 block of Colewood Avenue and when they arrived they found Chaire Walker,35 deceased from gunshot wounds.
Apparently Walker had already told her family that someone had been following her and when she was in her suv with her 1 year old and 5 month old someone she knew had began chasing her.
Walker jumped out of her vehicle about 150 yards from her family members home screaming for help after being shot twice outside of her vehicle.
Authorities believe that Walker and the suspect may have been involved in some sort of domestic situation.
The suspect was identified as a dark complexion male about 5’6 and a goatee.
He was wearing a red shirt and and blue jeans and may have fled the scene in a gray Nissan.
This investigation is ongoing.