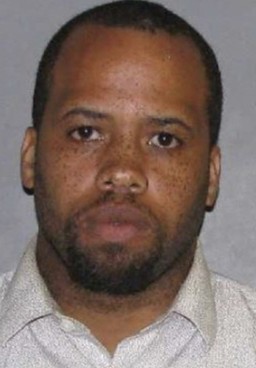 
An attorney licensed in Louisiana and Texas was sentenced to five years in prison Friday after he violently beat his ex-girlfriend last year.
According to the Caddo Parish District Attorney’s Office, 33-year-old Willie Richardson Joseph Jr., of Dallas, Texas, plead guilty before Judge Katherine Dorroh to the charge of battery of a dating partner with serious bodily injury.
Joseph’s prison sentence is to be served at hard labor and was only three years less than the maximum allowed for the domestic offense designated as a crime of violence.
The district attorney’s office says the attack happened on April 13, 2019 and began in Joseph’s car as he drove his ex-girlfriend home after a movie date.
During an argument in the car, Joseph punched the victim multiple times in her head and face, breaking her orbital bone and knocking out a tooth.
Once they arrived at the victim’s home, Joseph left the woman in the car and went inside.
The victim called 911 and while she was on the line with the operator, Joseph came back to the car and dragged his ex-girlfriend from the vehicle, up the concrete driveway, and the steps into the home.
The woman suffered a fractured eye socket, nerve damage to her face, and multiple abrasions to her body.
Immediately after the plea, the court convened a sentencing hearing, during which the state introduced evidence of the victim’s physical, emotional and mental injuries.
The DA’s office says the victim took the stand and expressed that her injuries forced her to miss an entire month of work. Noting the battered condition of her face, the woman demonstrated how she attempted to conceal her injuries from friends, co-workers, and strangers.
“I am forever changed,” the victim said at one point, staring directly at Joseph.
“I will never get past this. You have changed the trajectory of my entire life.”
Joseph, licensed to practice in Louisiana since October 2015 and in Texas since November 2017, was prosecuted by Assistant District Attorneys Britney A. Green and Ron Christopher Stamps, with the Caddo Parish District Attorney’s Special Victims Unit.
He was defended by Sarah Giglio and Katherine Gilmer.