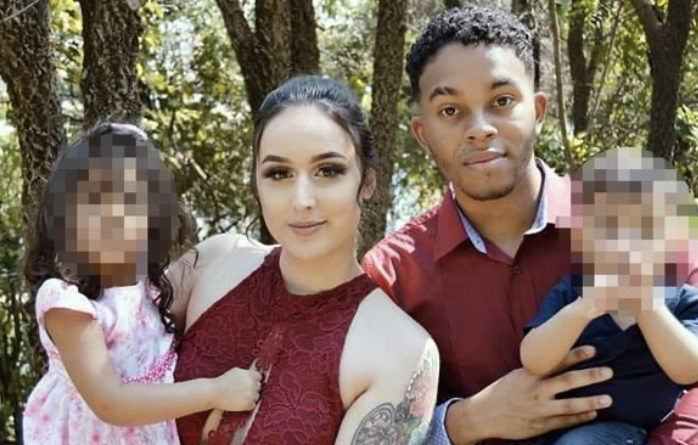 
A Brazilian man has admitted to slitting his wife’s neck during sex after finding out she pregnant with their third child.
After more than six weeks of investigation and questioning Marcelo Araujo,21 finally admitted to liking his wife during sex with a knife and razor blade on December 22 after she told him she was pregnant.
The two began arguing and Araujo said he didn’t want anymore children because they already shared a four year old son and two year old daughter.
He said he told her he didn’t want anymore children, resented sharing his wife with them and hated the financial burden it put on him as a young father.
After the argument the two went to the bedroom to have sex and that’s when he he stabbed her multiple times and slit her throat with a razor blade.
When authorities arrived to the scene they found Francine deceased and Marcelo covered in cuts on his neck and wrist.
Police believe he tried to kill himself before they arrived.