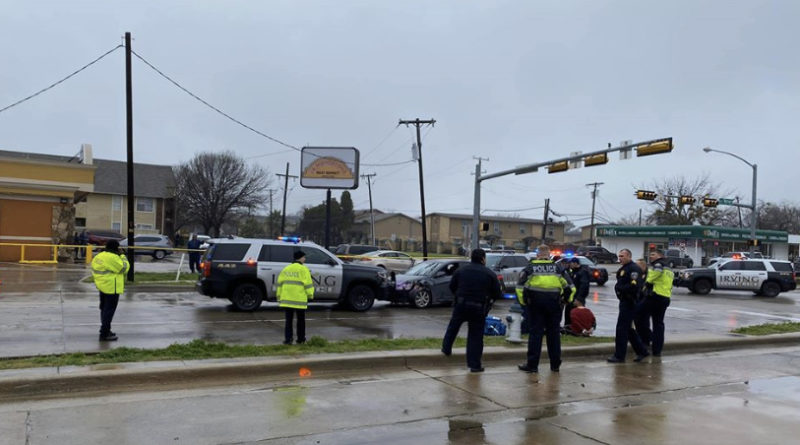 A small chase ends with an Irving police officer discharging his firearm Wednesday morning.
As officers attempted to pull the suspects over on a felony warrant out of New Mexico they led officers on a small chase in which they struck two Irving police squad cars.
An officers weapon was discharged at the scene but no one was injured.
The suspects were arrested and taken into custody. This story is developing .