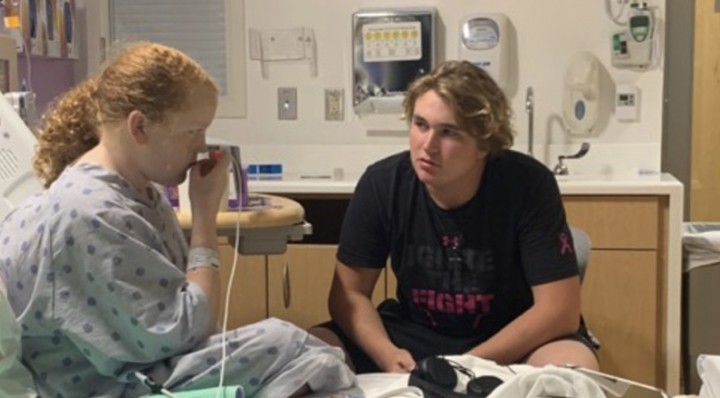 
A Texas Teen growing out his hair for his sick sister was told he could not return back to school from Martin Luther King holiday if he did not have a haircut.
Newt Johnson,16 attends Poth High School and started growing his hair for his sister eleven year old sister Maggie who was diagnosed with a rare disease called Wegener’s disease back in October. 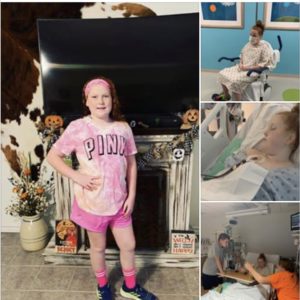 The disease causes his sister to undergo chemotherapy and dialysis and has also caused her to lose some of her long red curly hair.
That’s when Johnson decided he was going to start growing his hair out so that he could donate his hair to Locks of Love and make a wig for his sister.
Locks of Love required the hair be 8-14 inches long before they cut it and Johnson’s hair is now 6-8 inches long.
Poth ISD helped with fundraisers that helped the family with their medical bills for his sister but when he returned back to school from the holiday the school contacted his parents and asked them to come pick him up.
Once his parents arrived to the school they met with school principal Todd Deaver who explained to them that the students are given a handbook that says students hair must not extend past the ear nor the top of a dress shirt collar.
The parents asked were they suspending their son and the school replied “no, Newt can come back as soon as he gets a haircut.”
His family then withdrew their son from the school and he is currently being home schooled.
Newt’s dad Allan Johnson said “If he’s got his mind made up and that’s what he believes then that’s what he can do. I’m proud of him… it’s disappointing it’s come to this. No one wants something like this to happen. But he loves his sister so much, he’s made up his mind he’s going to help her.”
The Poth ISD Superintendent Paula Ranken later released a statement saying “the schools integrity and board approved policies are being maligned and twisted on social media. There was an avenue and process to seek resolution to the issue that the parent chose not to take, thereby negating the opportunity for a different resolution. Principal Deaver performed his duties as he is expected to under the policies and procedures in place.”