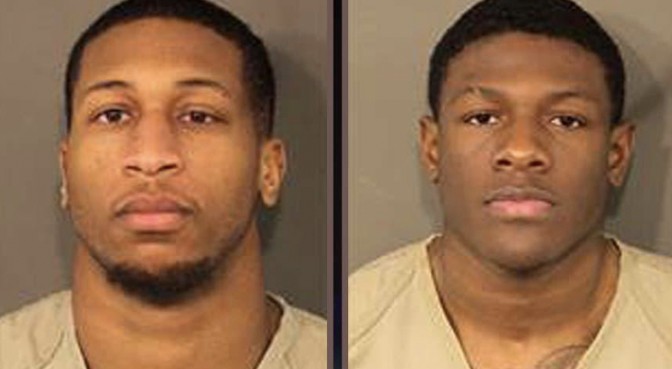 
Two Ohio State football players were arrested and kicked off the team Wednesday after being accused of kidnapping and raping a woman in their apartment.
According to the reports Amir Riep was having consensual sex with a woman when she asked him to stop and Jahsen Wint walked in.
Riep asked him did he want to join and held the girl down while Wint had sex with her against her will.
Wint then forced the girl to perform oral sex on him and after several minutes the boys stopped.
They then forced the girl to say her name and that the sex with them was consensual.
The girl appeared to be crying.
The boys were arraigned in court Thursday morning.
Ohio State released a statement saying “We are aware that two of our students have been arrested and criminally charged. They have been suspended from all activities involving the football program. We will share more information when available.”