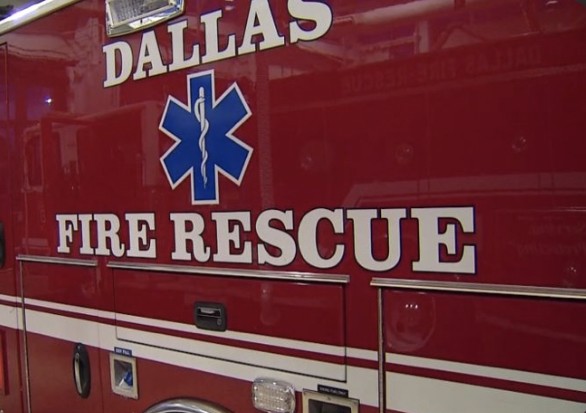 
A 16 year old teen is dead and five others injured after an ambulance was involved in a major crash Sunday morning in Pleasant Grove.
The incident happened around 6:20am near Scyene and Glover pass when Dallas Fire Rescue was transporting a patient and was involved in a crash with another vehicle that was speeding.
The driver of the other vehicle was speeding when he lost control spun out, hit a sign and a DART concrete bench. The car then flipped over on its roof before striking the Ruhr side of the ambulance door.
The patient, paramedic and driver in the ambulance were all transported to a nearby hospital in stable condition.
All three passengers in the other vehicle were transported to a nearby hospital where a 16 year old girl passenger was pronounced dead and a 16 year old male passenger was in serious condition.
The driver of the vehicle was 15 and suffered minor cuts and scrapes and is now facing manslaughter and four counts of assault.