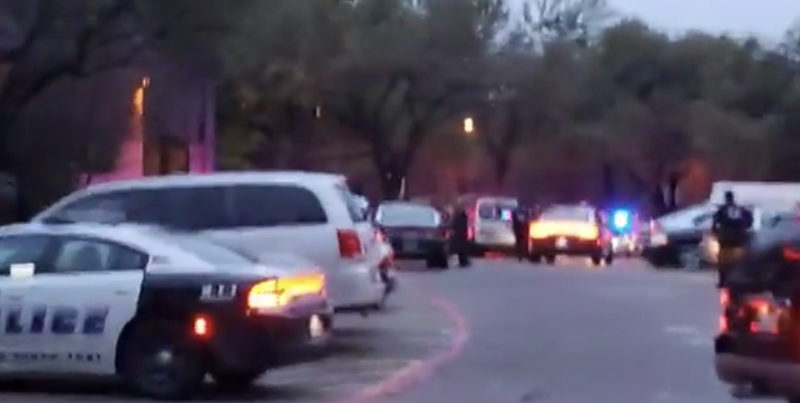 
A shooting in North Dallas left one man dead and another injured Sunday evening.
Officers responded to a shooting call on the 9800 block of Summerwood Circle in the Summerwood Cove apartments and when they arrived they found Kaleb Simpson,20 unresponsive in the parking lot and another victim that was with him suffering from a gunshot wound to the hand.
Simpson was pronounced dead at the scene and the other victim was transported to a nearby hospital in stable condition.
Witnesses told police they saw a dark colored four door Nissan sedan pull behind the vehicle the victims were in and open fire into the vehicle multiple times, then flee the scene before officers could arrive.