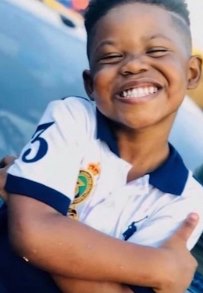 
A five year old boy was killed during a drive by shooting last week in Houston while standing outside on their apartment balcony with his dad making Tik Tok videos.
The incident happened last week when Jordan Allen Jr was outside on the balcony with his dad Jordan Allen Sr and the dad went inside the house to get him some juice.
While inside he heard gunshots ring out and his son screaming for help.
Allen Sr flagged down an ambulance which transported his son to Texas Children’s Hospital and he was placed on life support and was taken off days later.
Authorities are investigating the shooting and have no suspects or descriptions of the vehicle at this time.
Police are looking for three men for questions and say they are not considered suspects.