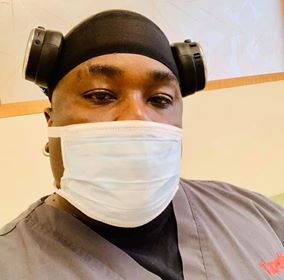 
A well known Mississippi barber has died from COVID-19 virus after continuing to accept clients during the pandemic.
According to reports Eugene Thompson,46 dies in April 4 at St. Dominic Hospital in Jackson,Ms after struggling with the virus for almost a month. Thompson owned Tapers Nation and Tapers Nation2 and had recently shared a post to Facebook telling his clients “🚨PSA Due to the Coronavirus Taper Nation will be accepting clients that are ONLY receiving a service until further notice… So if you’re not receiving a service…don’t come!”
Hours after making his post he made another post saying that he had fallen ill and would be closing his business for the remainder of the week.
It is believed he contracted the virus on March 22 which is when he self isolated himself so he wouldn’t infect anyone.
Thompson died less than a week after his 46th birthday after he couldn’t move and had to be transported to the hospital by ambulance.
While in ICU his heart stopped and doctors told his sister there was nothing they could do to revive him.
Mississippi had over 2000 confirmed cases of COVID-19 virus at the time of Thompson’s death.