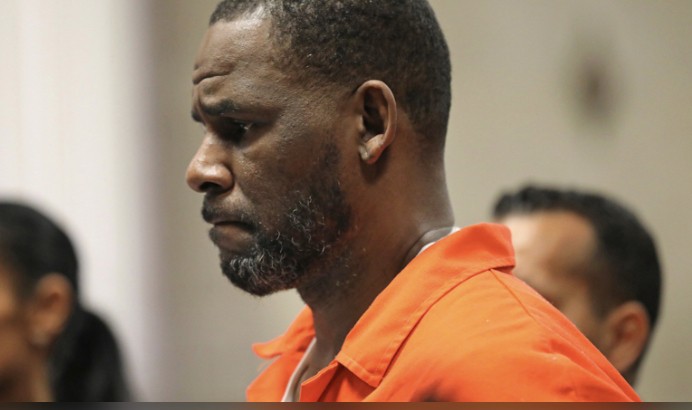 
A U.S. district judge in New York denied R. Kelly’s third request for temporary release amid the coronavirus pandemic Friday.
Kelly is currently being held at the Metropolitan Correctional Center in downtown Chicago.
Kelly is being accused of of using his fame to recruit young women and girls for illegal sexual activity. The racketeering case also accuses him of kidnapping, sexual exploitation of a child and forced labor. Jury selection in that case is scheduled to begin in September.
Federal prosecutors in Chicago are charging him with videotaping himself having sex with underage girls and paying hush money and intimidating witnesses to cover up his alleged crimes. That trial is scheduled for October.
Cook County prosecutors have charged Kelly with multiple counts of sexual assault and sexual abuse against four women. That trial is set to begin in September.
Minnesota prosecutors have charged him with engaging in prostitution with an underage girl. No trial date has been set in that case.