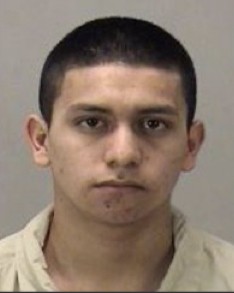 
Police arrest a man they say killed his ex girlfriend and shot another man at a Dallas residence Tuesday night.
Officers responded to a shooting on the 6200 block of Belgrade Ave and when they arrived they noticed two adults, in which one was injured and four children inside a room.
They rescued the four children and two men out of the home before calling the suspect out to surrender.
Christian Morales 27 walked out the home and surrendered to officers and when they went inside the found Abigail Manriquez,26 dead from an apparent gunshot wound.
Morales was taken into custody and charged with first degree murder and aggravated assault. His bond is set at $500,000.
The male victim inside that was shot was transported to a nearby hospital with minor injuries.