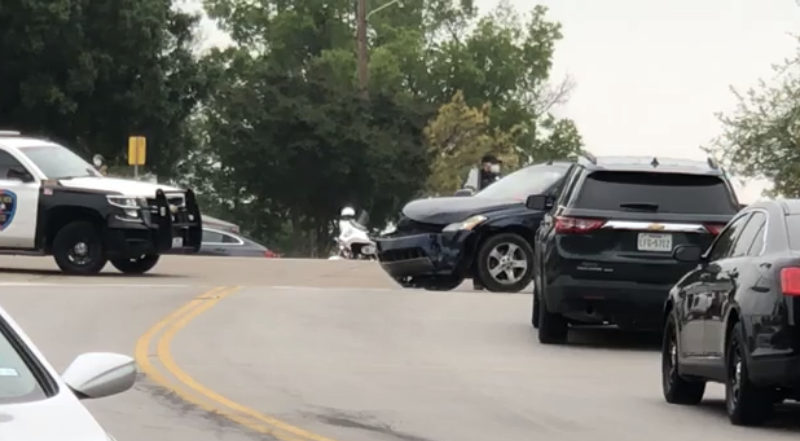 Authorities are investigating an officer involved shooting in Dallas involving a Plano police officer.
The incident happened on the 6500 block of Bonnieview Rd when the Plano officer was in Dallas working an enforcement job and noticed a male involved in a motor vehicle accident reach in his backseat and grab a rifle.
The officer who was in plain clothes asked the suspect to drop his weapon and stop but the suspect continued walking.
The suspect then turned the rifle towards the officer and was shot in the arm by the officer and ran to hide in a backyard.
A citizen noticed a suspicious person and contacted police.
The suspect was arrested and transported to a nearby hospital with non life threatening injuries where he will then be taken into custody.
This investigation is ongoing.