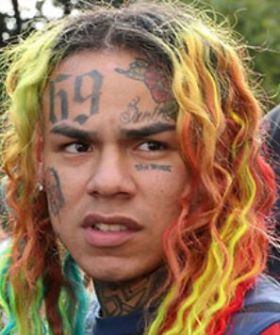 As we all know, 6ix9ine is best known for the trolls he does and the beef that follows him non stop since he was released from prison last month.

The rapper intended to take off where he left off in 2018, of course already getting into feuds with other rappers. The latest argument of 6ix9ine was about his desire to top Billboard’s Hot 100 charts.

Tekashi 6ix9ine  hopes to release  consecutive hits like he once did before his arrest.

Within 24 hours of the release of his album “Gooba”  he had broken Eminem’s record of most views of Hip-Hop music on Youtube.

To campaign the release of the album “GOOBA”, he made a video targeting the alleged conspiracy against him.

6ix9ine stated “I’d be disappointed if Billboard get paid for numbers 1s… somehow manipulate the charts.” in a video that he had created, he displayed the Hot 100 forecast that was sent to record labels before it was released for the following week.”

The media brand decided to remove Tekashi’s previous chart history and Tekashi felt pride in what he accomplished and refused to continue arguing with other artists who were unable to do the same thing.

Since then he has sworn off Instagram until his new single is released Friday.