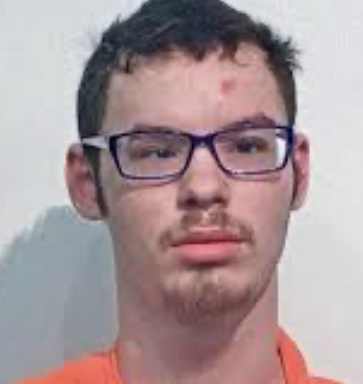 
A Texas man has been sentenced to 40 years in prison after he said he wanted to rape, kill and eat a child.
According to reports Alexander Nathan Barter,23 was sentenced to 40 years in prison for child exploitation violations, just nine months after pleading guilty to charges of child pornography distribution and trying to coerce and entice a minor.
In October of 2018 Barter posted an ad to a dark website stating, I’d like to try necrophilia and cannibalism, and see how it feels to take a life. If you’d be willing to let me kill you, are in the US (preferably in the south), and can travel by car, contact me.”
An undercover officer responded to the ad posing as a father of a 13 year old daughter.
The officer and Barter exchanged numerous texts to one another between October 18 and 19 with Barter expressing how much he would like to rape, kill and then eat the young girl.
Barter then gave the undercover officer instructions on what to tell the child, how to get the disclosed location, and how to hide the evidence.
On October 19 Barter arrived at the designated meet site in Joaquin, Texas with a knife, trash bag, cellular phone, and a tablet.
Special agents in Houston arrested Barter where he remains in custody.