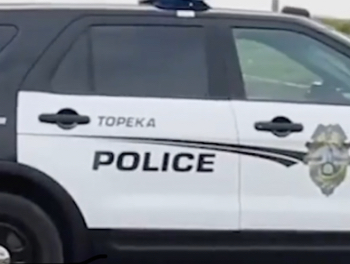 
A 14 year old black teen caught on camera handcuffed over the weekend by Topeka PD has prompted the department to release a public statement.
Apparently a teen riding his bicycle in the neighborhood with an unleashed dog prompted neighbors to call police.
Authorities say it is illegal to have an unleashed dog in Topeka and warned the boy. They say they saw the boy again with the same dog still not on a leash but the third time when they tried to approach him, he did not comply.
That’s when the officer said, “ A use of force was generated when he was taken to the ground and handcuffed. No injuries were reported to police. The 14 year-old was cited and released to a guardian at the scene.” 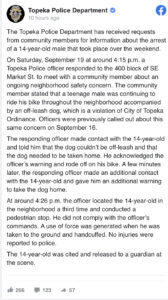