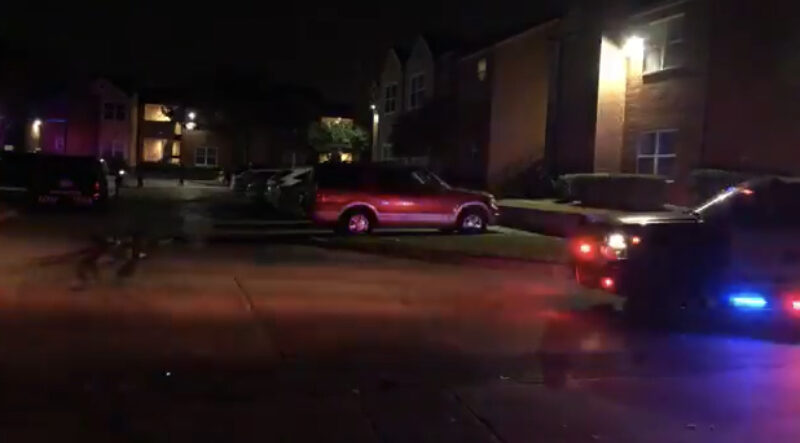 
A man is dead after a shooting at a Carrollton apartment complex Monday night.
Officers responded to a shooting call on the 1600 block of Frankford Rd at The Tallows apartment complex.
Upon arrival officers found a man unresponsive from a gunshot wound.
According to reports a man got into an altercation with his ex girlfriend.
The woman’s brother stepped in to offer assistance and ended up shooting and killing the man.
The brother stayed on the scene until officers arrived and is cooperating with authorities.
This investigation remains ongoing.