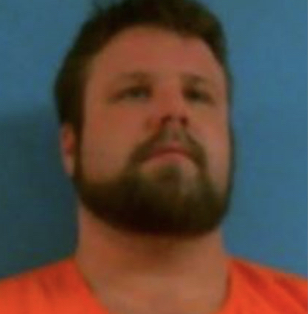 
An Arkansas man has been arrested and charged with first degree battery for allegedly stabbing his brother during an argument about Jesus last month.
According to reports Bryan Matthew Perkins, 32, stabbed his brother multiple times on December 10 on his mother’s front porch after getting into an intense argument with his brother about Jesus Christ.
Perkins brother was transported to the hospital by ambulance and initially told officers that he was attacked by a dog.
He suffered a collapsed lung from a stab wound to his back, a deep laceration from his nose to his left ear, stabbed under the right arm pit and was sliced with two large lacerations on his left arm.
Hospital staff advised authorities that the lacerations were not consistent with a dog attack and that they believed he was attacked by a sharp object like a knife.
Officers spoke with Perkins brother and that’s when he told them him and his brother were talking about Jesus and Perkins became angry and began stabbing him.
Perkins is currently on probation in Little River County for assaulting his mother in 2018.
Prosecutors have filed a motion to have his probation revoked.
If found guilty he could face up to 40 years in prison.