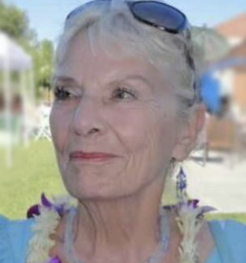 
A 91 year old California woman died Monday after being shot by San Bernardino authorities over the weekend.
The woman was identified as Betty Francois,91, from Victorville California.
According to reports a woman contacted police on Saturday stating that someone was attempting to break into her home on the 17800 block of Sunburst Road in the Spring Valley Lake community.
When authorities arrived they say a woman answered the door with a shotgun and when they asked her to drop the weapon she pointed it at them and that’s when an officer involved shooting occurred.
Francois was airlifted to Arrowhead Regional Medical Center but died Monday from her injuries.
A relative told authorities that Francois was legally blind and deaf.
The investigation remains ongoing.