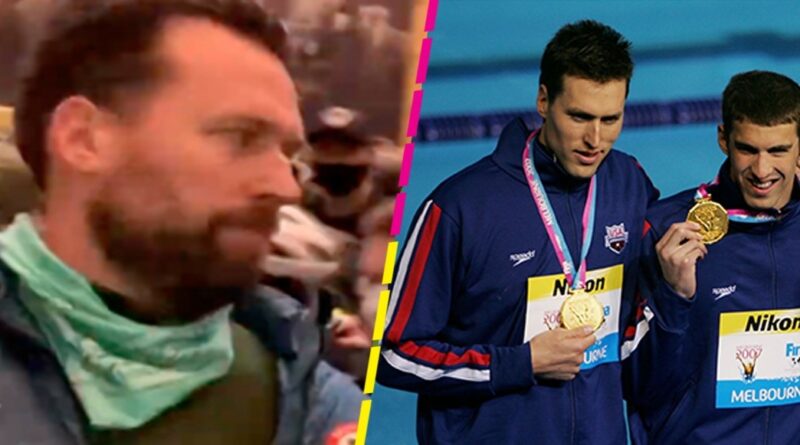 
Klete Keller,38, a former Olympic swimmer, was reportedly spotted in a video showing a group of pro-Trump extremist who stormed the US Capitol last week, according to several news reports.
In the surfaced video, Keller was with the group inside the Capitol Rotunda posted Wednesday by a reporter for the conservative news outlet in Townhall. Several swimming websites stated that at least a dozen people within the sport recognized Keller as a bearded man seen in the newly surfaced video wearing a Team USA Olympic jacket.
In the video, Keller, who is 6ft 6in, is seen towering over a crowd that pushed against police officers who were trying to clear the area.
Reports state that the former athlete’s social media accounts have all been deleted as of Tuesday, before being taken down the former Olympic swimmer expressed his full support for President Donald Trump, the report stated.
We have found over the recent days that several people who entered the building have been charged with unlawful entry and disorderly conduct. It is unclear if Keller has been charged with any crimes at this moment.
Klete Keller has won a total of five medals for the US at the 2000, 2004, and 2008 Olympics and Is the former teammate of Michael Phelps and Ryan Lochte.