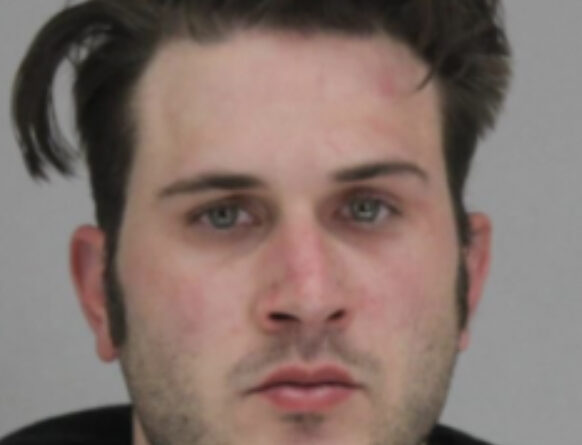 
A Grand Prairie police officer resigned last week just hours before his disciplinary hearing with his chain of command after he allegedly pulled a gun on a ride share driver last month.
The incident happened on December 12,2020 around 1:30am when Matthew Huber called for a ride share driver to pick him up at the Bottled Blonde bar in Dallas.
Once inside the ride share Huber asked the driver where he was from and began speaking Arabic. The driver became offended and told Huber to calm down or exit his suv.
That’s when Huber pulled out a black Glock X19 and pointed it at the drivers head.
The driver took the gun from Huber threw it on the ground and flagged down a uniformed officer working an off duty job.
Huber took off running on foot but was captured on Swiss Ave and taken into custody.
He posted a surety bond for $18,000.
He had been with the Grand Prairie PD since 2017.
Grand Prairie PD says once they learned about the altercation they immediately began an internal investigation in which Huber was placed on administrative leave pending the outcome of the investigation.
Dallas police are also holding the weapon he used in evidence and authorities say he did not use his service weapon in the incident.