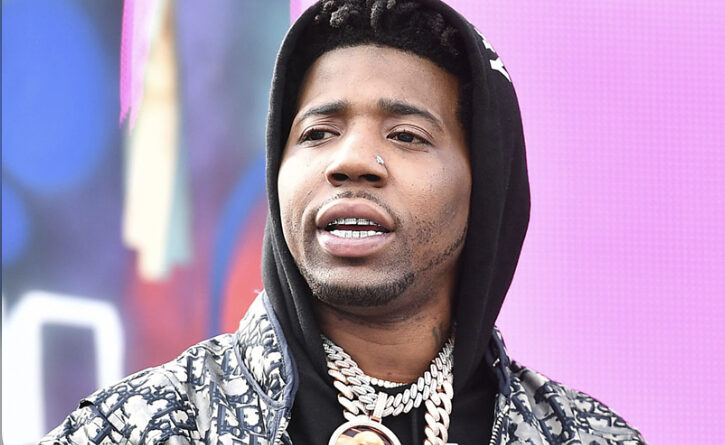 
Atlanta rapper YFN Lucci is wanted on multiple charges in connection to a shooting that left a man dead and another injured last month in Atlanta.
According to records Rayshawn Bennett,29 aka YFN Lucci and two others, Ra’von Boyd,23 and Leroy Pitts,17 were involved in a shooting that took place on December 10 in the 900 block of Dimmock Street.
Officers responded to the shooting and found multiple shell casings.
Not far from the scene on the 900 block of Peeples St officers found James Adams,28 laying on the ground suffering from a gunshot wound to the head.
He was transported to an area hospital where he was pronounced dead.
A short time later a second victim, Kevin Wright,32 showed up to a fire station in a private vehicle suffering from a gunshot wound to his abdomen area.
He was also taken to a nearby hospital with non life threatening injuries.
Bennett and Boyd were arrested in Miami for their role in the shooting.
Lucci is wanted on felony murder, aggravated assault, participation in street gang activity and possession of a firearm during the commission of a felony.
An award of up to $5,000 is being offered through Crime Stoppers for the rapper’s arrest and prosecution.