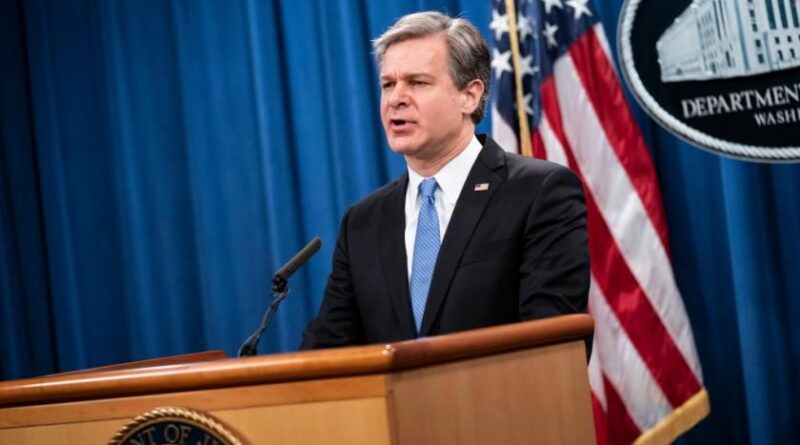 
The FBI has sent out a mass memo to police chiefs nationwide to be on heightened alert as more reports of intelligence are being reported leading up to President-elect Joe Biden’s inauguration. With President Donald Trump being impeached for the second time, the FBI has already previously received intel that there would be an uprising from pro-Trump extremists if President Donald Trump were to be impeached using the 25th Amendment.
This warning comes from a 45-minute phone call that FBI Director, Christopher Wray and United States Citizenship and Immigration Services (USCIS) Director Ken Cuccinelli held with police chiefs, The New York Times reported, citing participants.
The officials reportedly expressed deep concerns about potential for extremist violence and called on law enforcement across the country to watch for any sign of trouble.
An unidentified police chief told the newspaper that officials seemed to be concerned about attacks on state capitol buildings, federal buildings, and the homes of members of Congress.
The FBI confirmed to The Hill that the call took place this afternoon but did not provide any further details.
USCIS referred a request for comment about the call to the Department of Homeland Security.
More on this story as reports come in…
-Miya Cooper