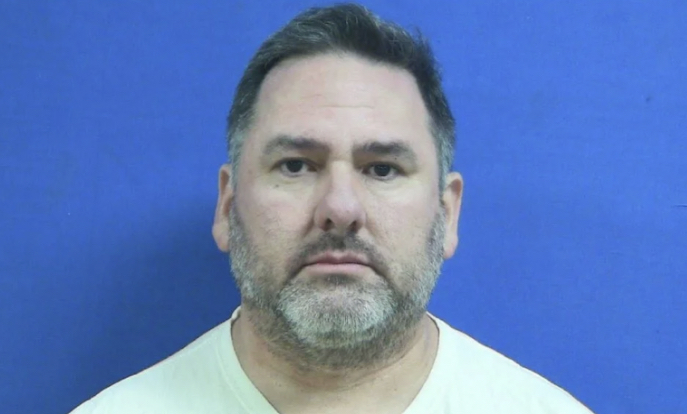 According to Court Documents, Darrin Lopez, a  Tennessee man drove to Dallas in order to murder his ex-girlfriend Jennifer Faith’s husband.
The arrest warrant document stated that Darrin is faced with a murder charge of James Faith,49 for the October shooting. It’s stated that Darrin and Jennifer had dated in high school and college and that Darrin had “a five-year plan” of how they “would be together.”
It was also stated in the document that around 7:30 a.m. on Oct 9, Mr.Faith was shot multiple times while he and his wife were walking their dog near Oak Cliff, and unfortunately died. After he shot Mr.Faith he then attacked Mrs. Faith by tying her hands with duck tape and then proceed to strike her with his hands. He then also tried to take her jewelry but was unsuccessful as she screamed for help.
Mrs.Faith stated that she was unable to recognize or identify the shooter because he had been wearing a “hooded jacket or sweatshirt and a blue facemask.”
The document said that the man had fled the scene in a black Nissan truck and that the shooting happened the day after the couples fifteenth wedding anniversary.
According to investigators, Jennifer Faith’s cell phone records show that she and her husband were having “marital problems” and that she had, in which she described a “full-blown emotional affair” with Darrin Lopez. After this authorities learned that Darrin owned a black Nissan that fit the description of the one that fled the scene, a warrant was obtained for his phone records.
Over 14,300 calls and texts had been discovered between the two in the month of October. They were also able to place Darrin near the shooting scene, on Waverly Drive.
Darrin Lopez is being held in a Tennessee jail, and court documents have not stated whether or not Jennifer Faith will be suspected or charged with any crimes.