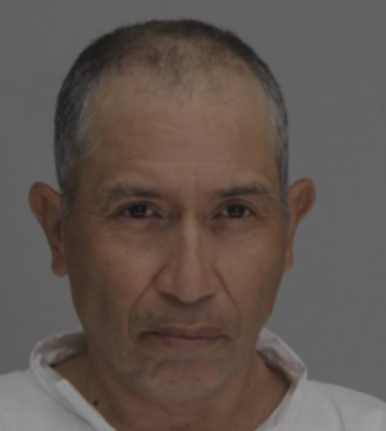 
In connection to two murders in Dallas in the last year, a North Texas man has been arrested.
On December 29 the man, Fifty eight year old Adelaido Amaya Esparza, was indicted on charges for his part in the deaths of Daniel Slusser and Fredrick Hoylee Bilmeier.
On October 20, Fredrick Hoylee Bilmeier had been murdered and was later found bludgeoned to death at a DART bus stop on North Hampton Road.
Detectives reviewed a surveillance camera and observed Esparza hitting Fredrick with a blunt object multiple times in the head. According to the warrant, a case, similar to the previous murder, occurred on November 20 a mile away from the previous murder scene.
The second murder victim was Daniel Slusser and the victim had too, been beaten with a sledgehammer multiple times as shown on surveillance video.
Officers believed that the two murders had likely been done by the same person because the crime scenes had been close to one another.
The arrest warrant stated that the surveillance video had been shown to a witness and was used to identify Esparza to both murders.
He was arrested on November 24 and transported to the Dallas County Jail. His bound is set at $500,00O.