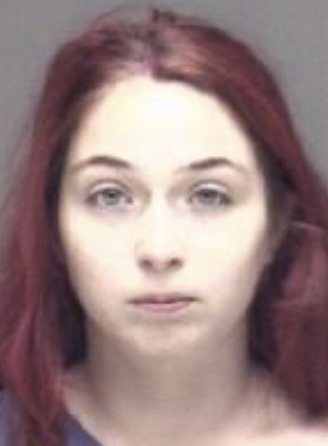 A 22 year old woman is facing manslaughter charges after she claims she accidentally shot her friend in the head with a gun in Galveston.
According to reports Mary Christine Russell,22 called police and said that a gun fell off the dresser onto the ground and struck her friend Ryan Hodges,30 in the head.
He was transported to a nearby hospital where he was pronounced dead.
Detectives questioned Russell and later determined that the gun did not fall off the dresser, but that Russell pointed the gun and shot Hodges.
She was arrested and charged with manslaughter.