A woman accused of drugging and robbing a Fort Lauderdale man back in June was arrested in Nevada last week.

On Monday, 23 year old Cloe Reynicke, of North Carolina, was arrested for driving with a suspended license. While in custody, she was charged with one count of grand theft in Fort Lauderdale.

Apparently while Reynicke was in Fort Lauderdale she met a man name Bobby Scali at a bar on Las Olas Boulevard. The two left the bar and went back to his apartment. 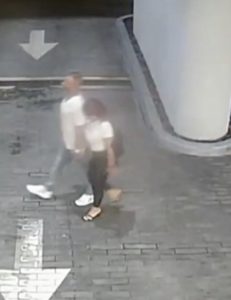 Surveillance footage shows the two entering the apartment together around 1:30 a.m. and then Reynicke leaving alone a couple of hours later.

Scali says he doesn’t remember much but when he came to he noticed his Rolex and Breitling watch was missing along with an iPhone 12, his wallet and $1000 worth of cash. Scali’s total loss was $52,000.

A toxicology report showed Scali had multiple drugs in his body including GHB and tranquilizers.