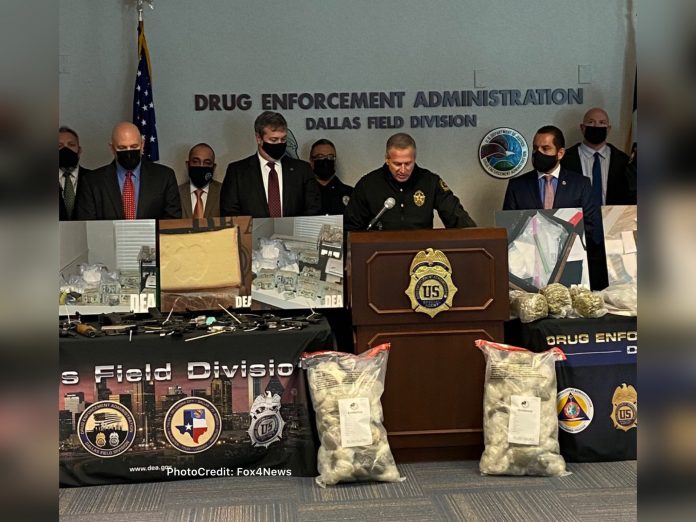 In what the U.S. Attorney’s Office is calling “Operation Shut Down Corner,” twenty suspected drug dealers and dozens of others have been apprehended and face charges.

The operation was targeted to Hamilton Park, an area in north Dallas that has experienced a great amount of crime by a gang known as the Hamilton Park Posse.

During the operation on Tuesday, DEA agents and other officials seized 37 guns and 220 pounds of drugs. Some of the drugs were cocaine, fentanyl-laced fake pills, meth, and marijuana. Over $400,000 in property, including cash, cars, and jewelry were also seized.

The individuals face charges for conspiring, maintaining, facilitating, and distributing the drugs. Possession of firearm charges was also included.

Police say that the gang is responsible for about 70 crimes in the Hamilton Park community since 2019, including murder. They have called the drug ring a “highly-organized, poly-drug distribution organization, feeding the streets,” with deadly drugs.

If found guilty, some defendants could receive a 40 year prison sentence.