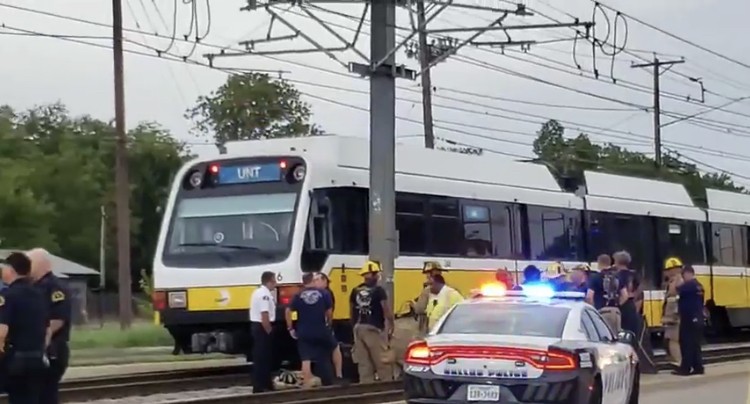 A man was randomly shooting a gun in the air and then struck by a Dart train Friday evening in Dallas.

Officers say they responded to an active shooter call near the 4500 block of Lancaster Rd and Ledbetter but when they arrived they found a man hiding under a Dart train.
The man reportedly was struck while trying to flee from police and then hid under the train and had to be removed by Dallas police before being taken into custody.

No shooting injuries were reported.